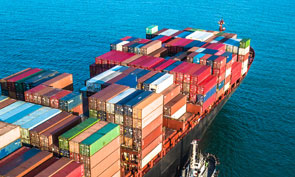 Mega ships deliver massive benefits but how massive are the risks?

Over the years, we have reported the trend for ever larger container ships and predicted that they would continue to grow. Sure enough, the largest container vessel has exceeded the record we reported back in 2016 and has now passed the 21,000TEU mark with the launch of the Orient Overseas Container Lines’ (OOCL) Hong Kong. This ultra large container ship (ULCS) is the largest the world has ever seen and is just the latest development in a trend that has seen the capacity of container ships skyrocket by 1,500% since 1968.

While such mega ships deliver huge economies of scale, they also present problems. Among the worries are real concerns about handling ships of this size when things go wrong. Major fires have been extremely difficult to distinguish, causing catastrophic damage in very large vessels. Salvage experts warn that cranes and other rescue equipment would struggle to offload cargo in the event of grounding. That, in itself, is an increased risk with some commentators pointing to the lack of accurate and updated navigational charts to establish safe routes for ships with a significantly deeper draught than their predecessors. The deeper clearance these ships require has led to some ports closing down while others have had to make significant investments in dredging activities to maintain viability and allow access for the new generation of container ships.

These risks are not lost on insurers and carriers are increasingly aware of the need for more adequate insurance cover for cargo on mega ships. Consequently, there will be increasing demands for inspections to ensure that cargo is properly packed and protected. Previously, up to a quarter of cargo has been found to be inadequately secured and with shipments such as chemicals, this could present a significant risk of leakage and, potentially, fire. This is even more alarming when you learn that surveys of hazmat cargos coming into European have flagged inadequate securing rates of up to 40%.

This reinforces the absolute need for your logistics teams to be working with cargo protection specialists who fully understand all of the risks your cargoes face. Cordstrap’s protection systems are second to none and we have over 50 years experience perfecting engineered solutions for any configuration of cargo. Our research teams have assessed the increased risks on very large vessels where G forces can be greatly increased with higher container stacking and we have developed solutions to address these. As a result, they are fully CTU Code compliant and are backed by certification from all the world’s major regulatory bodies including Germanischer Lloyd, the IMO and Mariterm AB.

To find out more about giving your cargo mega protection on the new mega ships, get in touch with our specialist teams.