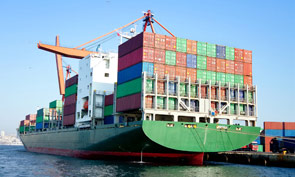 In March 2018, a fire aboard the Maersk Honam in the Arabian Sea, claimed five lives. The subsequent investigation revealed that around 30% of the cargo was uninsured with some sources suggesting that the real figure for uninsured cargos at sea is even higher.

Growing awareness of this problem has prompted Maersk to launch an alternative to cargo insurance to help them avoid the costs heaped on carriers resulting from uninsured shipments and to expand their offering to meet customer needs. Under maritime law, cargo owners are contractually responsible if problems arise, but there are no stipulations surrounding insurance. In the event of an incident, carriers can sue uninsured cargo owners for breach of contract when they are unable to pay their General Average” (GA) contribution – their share of the liability – however, this is rarely worthwhile.

Maersk claim that their new Value Protect offering will cover cargo loss or damage from a wide range of incidents including: fire, accidents due to dangerous sea conditions, theft and natural disasters. Cyber incidents, cargo damage caused by delay and contributions in general average will also be covered. Initially Maersk will pilot the new insurance product in certain countries, but they plan to expand coverage to cover all their trade routes and it is likely that other carriers will follow suit.

Serious shipping accidents always serve to remind us how important it is that cargos are properly protected, and insurance should be a key part of that. However, that insurance will be worthless unless cargos are loaded and secured to the highest standards in accordance with all the relevant codes. Maersk announced in January 2019 they were piloting spot checks on shipping containers (CTUs) involving physical inspections at a number of ports. Their aim is to “remove some of the risk from mis-declared or incorrectly stuffed containers for all parties involved in handling and transporting cargo”. Check the full story here.

As world leaders in all aspects of cargo protection, Cordstrap are in a unique position to ensure your shipments will be fully secured. Our innovative cargo protection solutions have been developed in consultation with the world’s key regulatory bodies and our securing methodologies have been fully certified by Germanischer Lloyd, the International Maritime Organisation, AAR and Mariterm AB among others. Get in touch with us today and let's discuss how we can reduce your exposure to transit risks together!