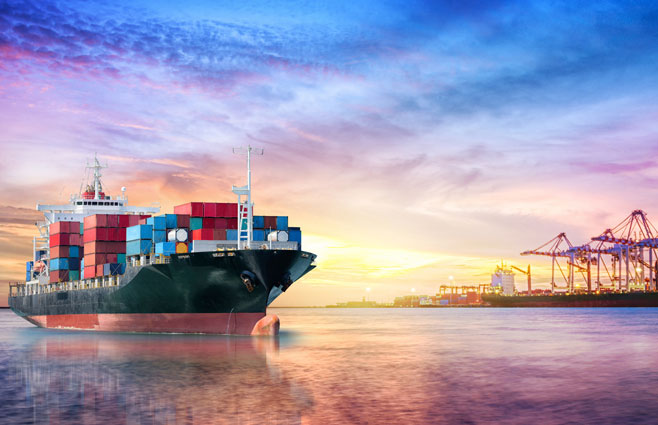 Ocean carriers are moving to make the CTU code mandatory. Is your logistics team up to speed?

2019 will go down as a year when ship fires dominated cargo industry headlines. From the Yantian Express in January to November’s fire on a Russian freighter, the increase in ship-board fires has been dramatic. TT Club, an international transport and logistics insurer, has calculated that there is now a casualty every 30 days, compared to the previous long-term average of one in 60 days.

The losses involved have been shocking.  In March 2019 the fire on board Grimaldi’s Grande America was so catastrophic the ship sank. And in 2018 the Maersk Honam suffered a tragic fire in 2018 in which five crew members died, saw cargo losses estimated at $600 million and the disaster has cost Maersk a further $30 million in repair costs for the vessel. These and many more have been a wake-up call to the industry.

Maersk’s exposure to these losses has led to a series of investigations. Initially, blame was leveled primarily at mis-declared cargos, however deeper investigations revealed that a key issue is the poor packing of chemicals, such as calcium hypochlorite, which has been responsible for numerous fires in the past. Dr Penelope Cooke, a consultant scientist at marine consultancy, Brookes Bell, has identified the need for scientific education in the loading of hazardous cargo. She goes on to say “It astonishes me how many containers leak, which means the internal packaging has had a fault in some way.”

This is borne out by a survey conducted by NCB, a New York-based not-for-profit group that assists the U.S. Coast Guard with the inspection of containers. The study, commissioned by Maersk, revealed that 55% of 500 containers examined were potential fire hazards and 69% of those containing hazardous goods, were not properly secured, labelled or identified.

These events have prompted Uffe Ernst-Frederiksen, Maersk’s Head of Cargo Management, to call for the CTU Code to be made a legal requirement. This is the Code of Practice for Packing of Cargo Transport Units, jointly developed by the International Maritime Organization, the International Labour Organization and the United Nations Economic Commission for Europe (UNECE). Ernst-Frederiksen says that making this legally binding would go a long way to resolving the issue of ship fires by holding shippers to account, making them more responsible and educating them about how to avoid future disasters.

A survey by leading insurers, TT Club, reveals widespread support for this, with 98% of their respondents stating that shippers should take more responsibility to ensure containers are stuffed correctly and widespread agreement that rogue shippers should be penalized more heavily.

This new climate reinforces the need for all companies to work with a global cargo protection partner who can advise on best practice. Cordstrap has led the field in engineering the world’s most innovative and effective cargo protection solutions. Every single one of these is CTU code compliant and will secure your cargo to the highest possible standard and ensure it fulfills regulatory requirements anywhere in the world.

We operate a global support network which puts us in a unique position to ensure that everyone in your supply chain is trained to fully understand the CTU code and how to apply it. Heightened regulation doesn’t often have a silver lining but many Cordstrap customers have been pleased to discover that our precisely engineered, cargo protection solutions reduce the time and labor required to secure shipments and reduce costs by raising efficiencies.

To find out how Cordstrap can help support and train your workforce to standardize best practice throughout your supply chain and ensure you meet regulatory requirements across the world, get in touch.